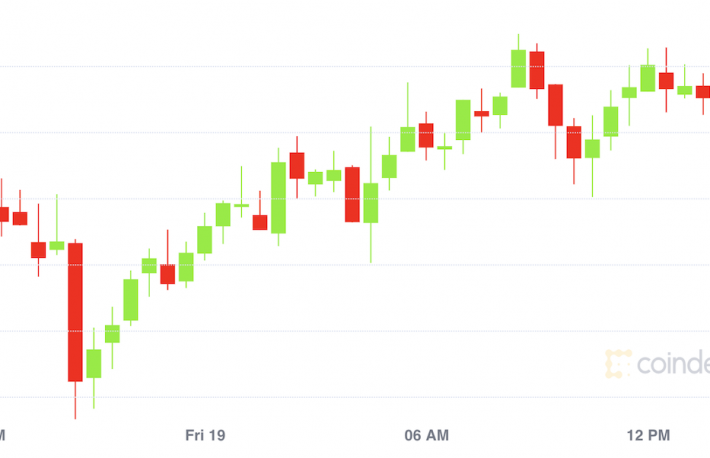 Bitcoin’s price struggled to push higher after briefly touching $59,000 when markets opened in the U.S. on Friday.

Investors continued to monitor the potential fallout from U.S. Treasury bond yields, which some analysts warn could lead to a correction in risky assets from bitcoin to stocks.

The 10-year Treasury note yield went as high as 1.74% on Friday, the highest since January 2020, after the Federal Reserve signaled Wednesday it would keep loose monetary policy for the foreseeable future.

“If we continue to see the U.S. bond market questioning the Fed forward guidance, it could lead to more downside pressure in risk assets and start to weigh on bitcoin by extension,” Joel Kruger, cryptocurrency strategist at LMAX Digital, told CoinDesk. “We think this is a risk worth considering, especially with bitcoin already having moved so far and fast in 2021 thus far.”

Price charts also are sending signals the oldest cryptocurrency might be losing steam, with patterns appearing that suggest the market is reaching an overbought condition, according to analysts with Cryptowatch, a unit of the cryptocurrency exchange Kraken.

The Fed’s reaffirmation of its pledge to keep monetary policy loose theoretically should benefit bitcoin’s price in the short term. A growing number of investors are betting bitcoin might act as a hedge against inflation. Many Wall Street economists expect inflation will escalate once more people start going out and spur an economic recovery thanks to the coronavirus vaccine. But rising U.S. Treasury bond yields could create extra selling pressure for bitcoin along with traditional risky assets.

“If rates go higher, it will force investors to rethink their long equity exposure and could open a big sell-off in stocks,” Kruger said. “And as things stand in the short term, because bitcoin is still a maturing asset, it still shares correlations with risk sentiment. So bitcoin would be somewhat exposed if something like this played out.”

In the bitcoin derivatives market, options open interest remained high above $14 billion after reaching an all-time high on Wednesday.

It “indicates that this week’s price rally could be more speculative,” said Yves Renno, head of trading at Wirex, who also noted that the bitcoin December’s futures contract is currently quoted at a much higher price than bitcoin’s spot price.

“If there are no significant events that take place and shake the market again, such as new legislation that would favour the issuance of the first U.S. exchange-traded fund (ETF), or a new large tech player entering the crypto economy, then there seems to be very little fundamental support for a new bitcoin rally in the short-term,” Renno said.

Ether outperforms bitcoin as more BTCs are locked on Ethereum

That happens because some traders and investors try to rotate into altcoins when bitcoin isn’t popping, in pursuit of potentially higher returns.

Bitcoin has doubled this year, while ether saw more than 140% year-to-date returns, based on CoinDesk 20 pricing.

Notably, the total number of bitcoin locked in decentralized finance, which is largely based on the Ethereum blockchain, saw a sharp increase Friday, up 30% to 33,578 from a day ago, according to data from DeFi Pulse. 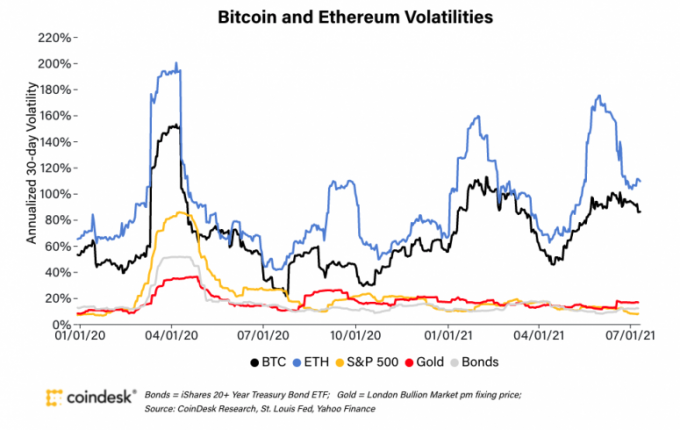 Bitcoin was lower for a second day in a row, further decoupling from the stock market after a report showing U.S. consumer prices rose last month at their fastest pace since 2008. 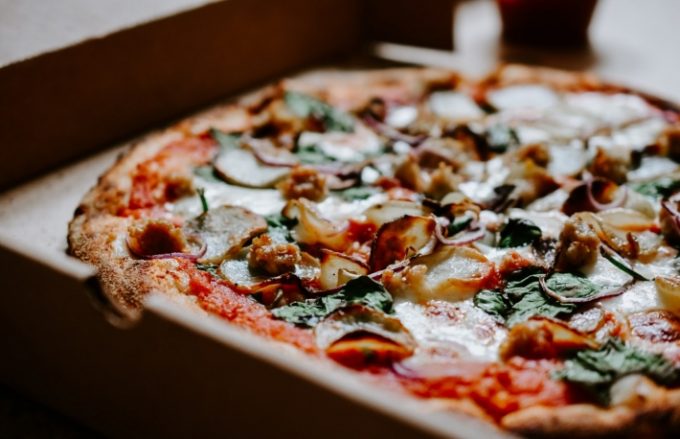 A Domino’s Pizza franchisee in the Netherlands is offering to pay its employees in bitcoin (BTC, +1.84%) – appropriately starting on Bitcoin Pizza Day. 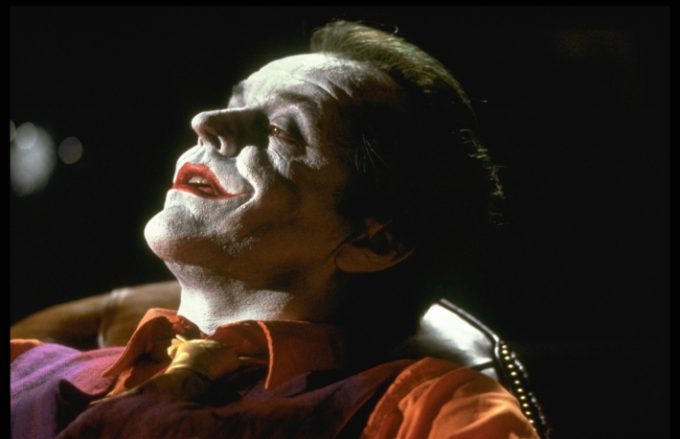 Bitcoin and blockchain infrastructure company Blockstream has introduced Blockstream Energy, its new service for energy producers to sell excess electricity to proof-of-work miners. Combined with connectivity provided by the Blockstream satellite, the new service is designed to expand the potential reach of bitcoin (BTC, -1.44%) mining to renewable energy sources even in remote locations.