Bitcoin slipped to two-week lows below $45,000 shortly before press time Friday, with the risk jitters felt on Wall Street the day before reverberating across the globe.

Bitcoin slipped to two-week lows below $45,000 shortly before press time Friday, with the risk jitters felt on Wall Street the day before reverberating across the globe. 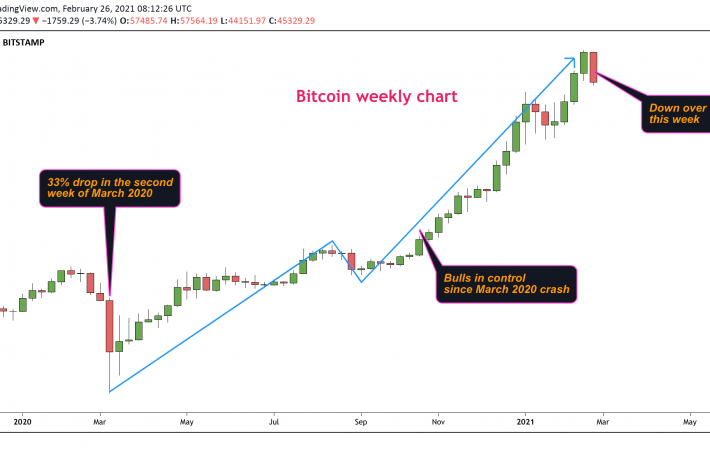 The latest bout of weakness may mostly be attributed to rising bond yields and losses in the global stock markets. The U.S. 10-year Treasury yield rose to a one-year high of 1.61% on Thursday, taking the year-to-date gain to over 50 basis points and triggering fears of an early unwinding of stimulus by the U.S. Federal Reserve that pushed stocks, bitcoin (BTC, -7.79%) and gold lower. These assets have benefitted greatly from the massive monetary stimulus delivered by the Fed over the past 11 months.

The S&P 500 fell by over 2% on Thursday, setting the stage for sharp losses in the Asian and European shares. While Asian stocks took a beating early today, the European indices are showing some resilience. Germany’s DAX and U.K.’s FTSE are now nursing marginal losses, having dropped more than 1% at the opening bell. Verbal intervention by the European Central Bank’s chief economist Philip Lane seems to have calmed market nerves for now.

Bitcoin has also regained some ground to trade near $46,629. However, the cryptocurrency is still down more than 6% on the day and nearly 20% for the week. If these loses are held through Sunday’s UTC close (23.59 hrs), the resulting weekly drop would be the biggest since the second week of March 2020 when prices tumbled by 33%.

Bitcoin has suffered only two double-digit weekly losses and just eight weekly declines in the past 11 months. The data shows the bulls have pretty much dominated the price action since the crash of March 2020 and more so since early October. The cryptocurrency has rallied from $10,000 to above $58,000 in the past 4.5 months.

Looking ahead, the relief for both stocks and bitcoin could be short-lived, as the rising copper-gold ratio, a barometer of global growth, indicates that bond yields have plenty room to rise, as noted by Jeroen Blokland, portfolio manager for the Robeco Multi-Asset funds.

However, deeper declines, if any, could be short-lived, as blockchain data shows large traders are accumulating the cryptocurrency on the dips. The institution-focused Coinbase Pro exchange has registered outflows of 25,000 BTC in the past 24 hours in a sign of persistent demand from U.S.-based institutional investors, according to Ki-Young Ju, CEO of blockchain analytics firm CryptoQuant.

Both bitcoin and stock markets had been showing signs of weakness since the beginning of the week. Bitcoin fell 15% on Monday and Tuesday, the biggest two-day correction in 11 months, after reaching record highs above $58,000 late Sunday. The cryptocurrency looked overheated at record highs and due for correction. 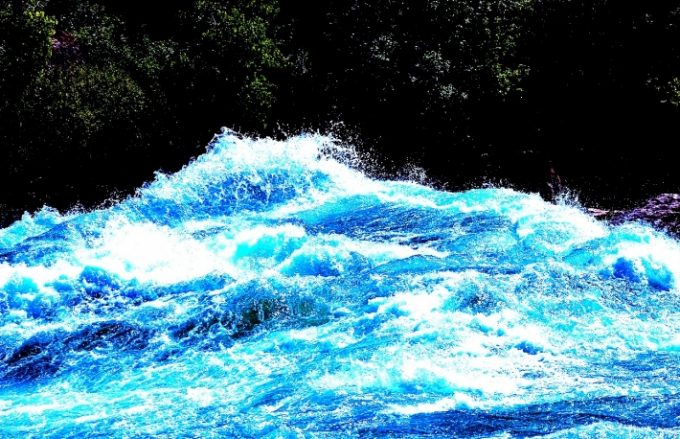 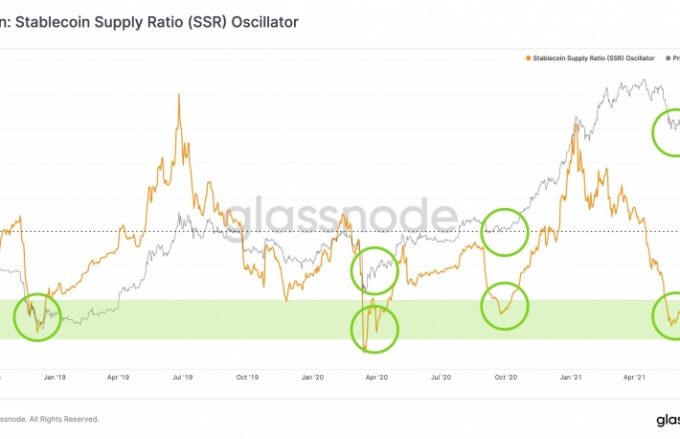 An indicator that has historically marked major price bottoms is pointing to a renewed flow of capital into bitcoin. 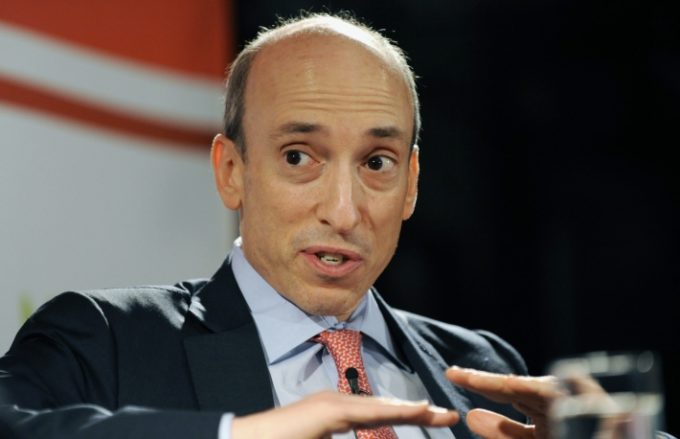