Cryptocurrencies were mostly lower on Tuesday after a period of extreme bullish sentiment has started to wane. After breaking above $50,000 earlier this week for the first time in three months, bitcoin slipped below $48,000 at press time and is down about 3% over the past 24 hours. Technical charts suggest support is nearby, which could stabilize the pullback and maintain the breakout move above $45,000.

Cryptocurrencies were mostly lower on Tuesday after a period of extreme bullish sentiment has started to wane. After breaking above $50,000 earlier this week for the first time in three months, bitcoin slipped below $48,000 at press time and is down about 3% over the past 24 hours. Technical charts suggest support is nearby, which could stabilize the pullback and maintain the breakout move above $45,000. 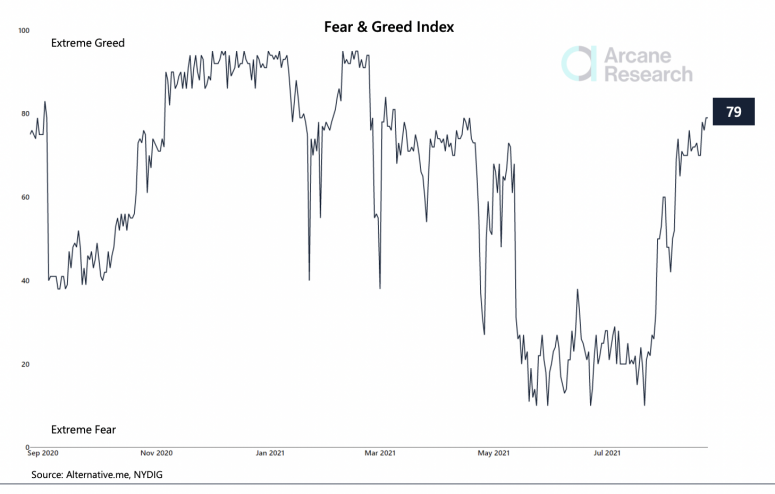 Some analysts expressed caution after bitcoin failed to keep pushing higher above the $50,000 resistance level.

“Our bullishness comes with some moderation, and we don’t expect more exponential upside breaks like what we saw at the end of 2020 into 2021,” crypto trading firm QCP Capital wrote in a Telegram chat.

“The fear is gone for now, and the market is optimistic,” Arcane Research wrote in a Tuesday newsletter. Bitcoin’s rise towards $50,000 pushed the crypto “Fear and Greed” index to “extreme greed” territory this week, before the more recent decline.

“Funding rates and future premiums in both BTC and ETH actually continue to be relatively low and muted,” QCP Capital wrote in a Telegram chat. “This means most of the rally has been driven by demand in physical spot rather than from leveraged speculators.”

“A euphoric market could indicate a local top and a signal to traders who want to take some chips off the table,” Arcane wrote.

Bitcoin’s “spent output profit ratio” (SOPR) – the price at the time the cryptocurrency was sold divided by the price at the time it was originally bought – turned positive after a steep decline since January. The uplift in SOPR could be a sign that the “capitulation period has ended and the market is back on solid ground,” Coin Metrics wrote in a Tuesday newsletter.

SOPR is a proxy for realized profit and loss for all coins moved on the blockchain. The SOPR was negative for most of June, which meant that investors were selling bitcoin at a loss. Now positive, the SOPR is currently suggesting that, in aggregate, holders are sitting on profits relative to their cost basis.

Blockchain data has not responded to bitcoin’s price rally (yet), which could point to limited upside. Transaction counts are at historically low levels, similar to previous periods when investor interest in bitcoin waned, according to Glassnode.

“The Bitcoin network is setting around $18.8 billion in daily volume,” Glassnode wrote in a blog post. “This is 37% lower than at the 2017 bubble peak, and a whopping 57.6% below the peak set during the May capitulation event.”

Bitcoin’s hashrate has been recovering from a local bottom in late June and early July, after China started cracking down on crypto mining in the country, according to Coin Metrics.

“The recovering hashrate is a signal that some mining operations are starting to come back online in new locations and that the worst of the crackdown is likely over,” Coin Metrics wrote in the notes.

Most digital assets on CoinDesk 20 ended lower on Tuesday. In fact, everything was in the red except for dollar-linked stablecoins. 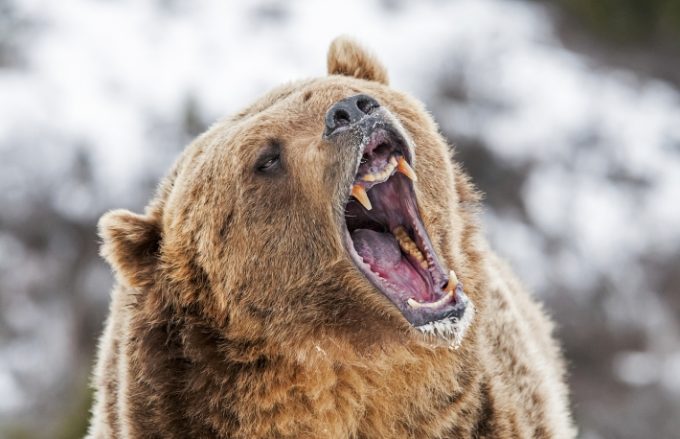 The crypto market is a sea of red, with Solana’s SOL, Cardano’s ADA (+1.24%) tokens and other alternative cryptocurrencies taking a bigger hit than bitcoin (BTC, +1.53%) and ether (ETH, +1.17%). The move seems typical of a breather often observed after notable rallies. 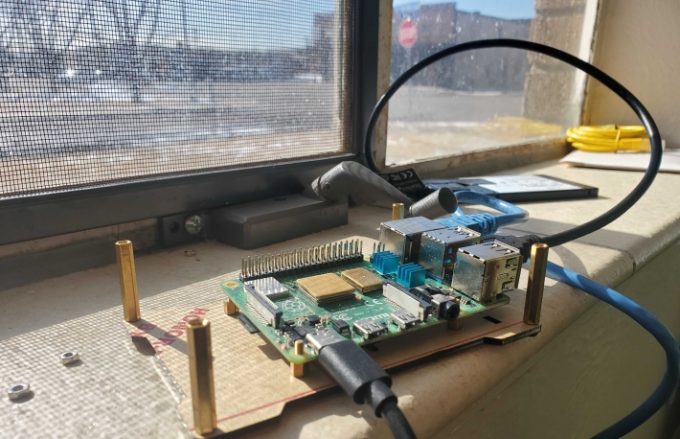 “Are you running the numbers?” 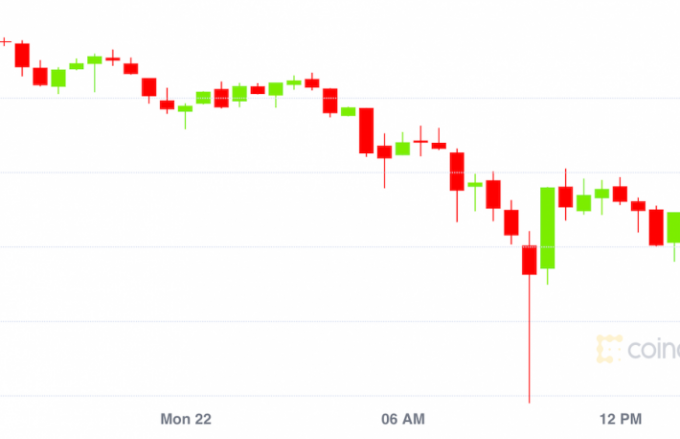 Bitcoin prices plunged as much as 19% in a violent sell-off Monday, the biggest of the year in dollar terms with a loss of more than $10,000, before quickly recovering and settling around $54,000.