Bitcoin stalled after approaching the $50,000 resistance level on Monday. The cryptocurrency was trading at about $49,500 at press time and is up about 8% over the past week. Analysts expect a period of consolidation ahead of Friday’s option expiration date and news from the Federal Reserve’s annual economic policy symposium in Jackson Hole, Wyo.

Bitcoin stalled after approaching the $50,000 resistance level on Monday. The cryptocurrency was trading at about $49,500 at press time and is up about 8% over the past week. Analysts expect a period of consolidation ahead of Friday’s option expiration date and news from the Federal Reserve’s annual economic policy symposium in Jackson Hole, Wyo. 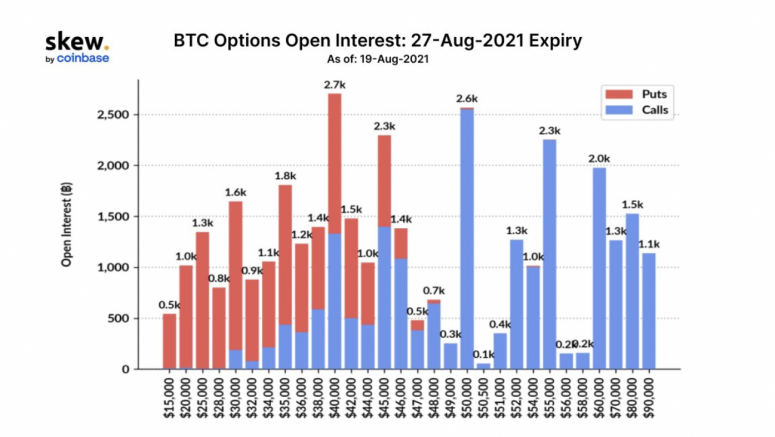 “The trend is bullish; however, caution is to be exercised at these levels due to the decline in volume as well as resistance from April and May,” Marcus Sotiriou, a trader at GlobalBlock, wrote in an email to CoinDesk.

“$51K would be a natural place for a short-term pause in the rally,” Katie Stockton, managing director of Fairlead Strategies, wrote in a Monday newsletter.

“Long-term momentum behind bitcoin has strengthened and the 200-day (40-week) moving average is rising again, supporting a bullish long-term outlook,” she wrote.

Several analysts noted that extreme overbought conditions have unwound since April, which is providing support for the crypto rally.

“Right now, bitcoin and other cryptos have enjoyed technical support (as they were becoming mildly oversold),” Santiago Espinosa, a strategist at MRB Partners, wrote in an email to CoinDesk. “At this juncture, some cryptos can continue to do well if policymakers neglect inflationary pressures and regulatory issues don’t become a mainstream problem.”

“Despite implied volatility softening over the past few weeks, $50K is a large psychological barrier and the open interest concentration could prove choppy going into expiration,” Gregoire Magadini, co-founder and CEO of Genesis Volatility, wrote in a Telegram chat.

The bitcoin options market is placing a 45% chance of BTC trading above $50,000 by the end of September, according to options data provider, Skew.

Bloomberg Intelligence’s Mike McGlone, who won plaudits last year for being among the most prominent analysts predicting that bitcoin would go to $50,000, sees further upside now that the largest cryptocurrency has returned to the mark following a steep market correction.

“Bitcoin, gold and long bonds are top assets set to outperform” in the second half of 2021, McGlone wrote Monday in a report. “The firstborn crypto may have solved the age-old problem of a global reserve asset that’s easily transportable and transactionable, has 24/7 price discovery, is relatively scarce and is nobody’s liability or project.”

The percentage of bitcoin profitable addresses (BTC value above the cost basis) reached a three-month high, according to Glassnode data.

“The decline in realized losses of late could indicate that investors have found renewed conviction to hold on, or are potentially taking exits that are closer to their original cost basis, as price recovers towards the $50K range,” Glassnode wrote in a Monday blog post.

The latest data reflected a reversal after six consecutive weeks of outflows, according to the report Monday by digital-asset manager CoinShares.

Funds focused on Solana’s SOL token saw the largest inflow among all digital assets, at $7.1 million last week, the report shows. The token hit an all-time high of $82 on Saturday, according to Messari.

Investors redeemed $2.8 million from bitcoin-focused funds last week, the seventh consecutive week of outflows, despite the largest cryptocurrency’s price upturn. The run matched the streak of outflows recorded in early 2018, the report noted. That was just before the “crypto winter,” when cryptocurrency prices tanked and failed to return to all-time highs for more than two years.

Most digital assets on CoinDesk 20 ended up higher on Monday. 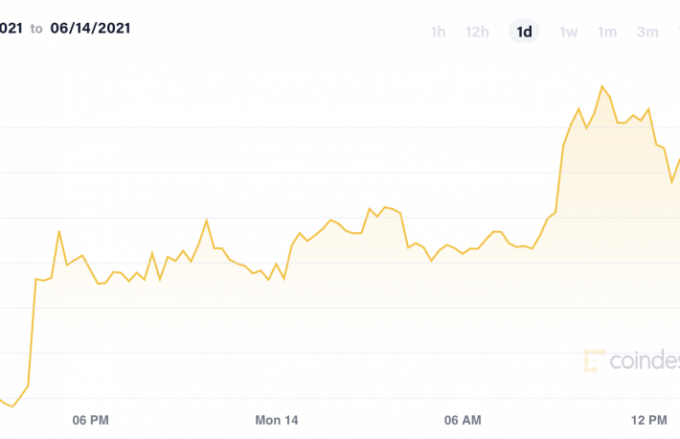 A string of positive news kept bitcoin buyers active on Monday as analysts searched for signs of a short-term bottom. The world’s largest cryptocurrency by market capitalization is up about 20% over the past e seven days and is testing the $40,000 price level for the first time in two weeks. 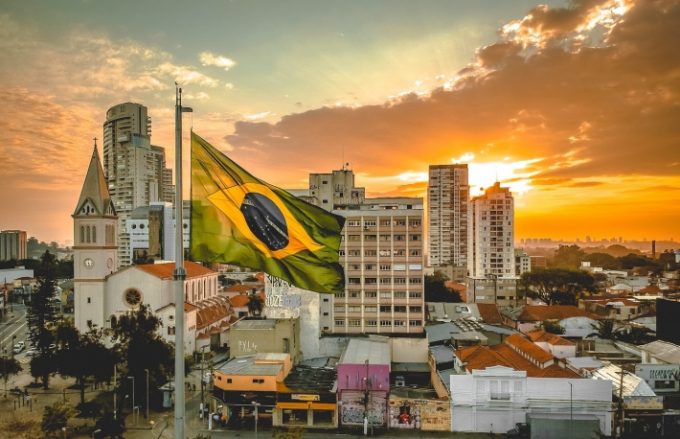 Brazil has become the second country in the Americas to approve a bitcoin (BTC, -1.55%) exchange-traded fund (ETF) following the three launched in Canada this year. 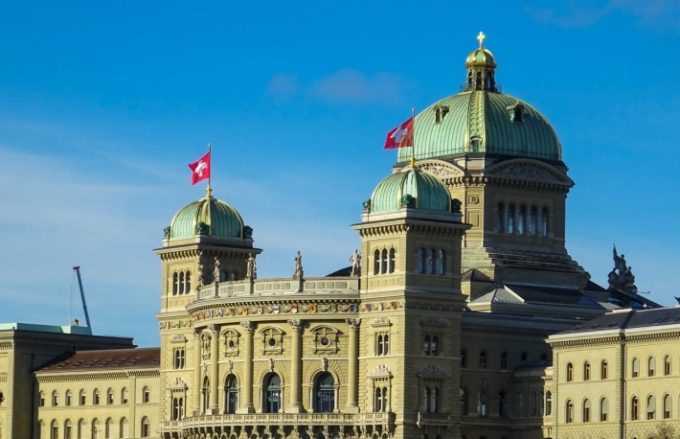